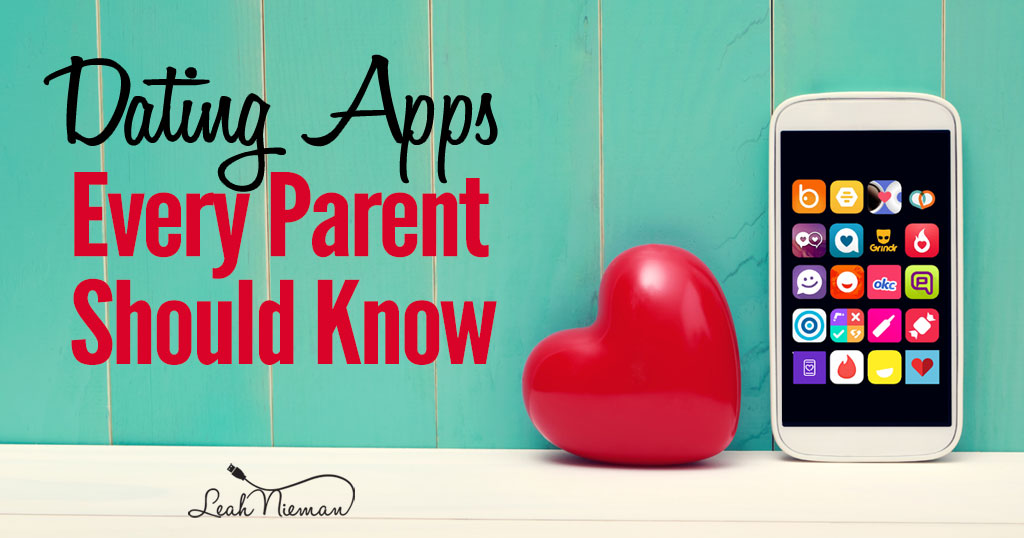 DATING APPS EVERY PARENT SHOULD KNOW

Dating has entered a whole new phase. As parents, we want to pretend that our kids aren’t talking to strangers online. Surely they’ve listened to us as we’ve talked about the dangers of sharing personal information over the Internet. But, our teens have grown up connecting online. It’s normal to them. Our teens don’t put their friends into nice little groups like “my friends in real life” and “my online friends.” Our teens just have friends. Their devices allow them to connect with their friends in ways many of us weren’t able to when we were their age.

This means that teens will use, or have friends who use, dating apps. Still not convinced you need to talk to your teen about dating apps? A recent survey by PEW Research, showed 24% of teens date or hook up with people they meet online. Now, before you click off this page thinking 24% isn’t a significant number, I want to point out that’s nearly 1 in 4 teens. Did you catch that….1 out of every 4! And, we don't expect this number to decrease. It’s clear we need to be talking to our teens about dating apps.

SO, WHAT IS A DATING APP AND HOW DOES IT WORK?

Most dating apps work by location. They search for people nearby. Users are then shown profiles of other users and can begin looking at those profiles for people who have similar tastes or who express some of the same interests. Dating apps vary, but most of these apps have some way of connecting users so they can begin to chat once both users have shown some interest level in each other’s profile.

Dating apps have been labeled “hookup apps” by many. It’s true there is an overwhelming number of users taking advantage of dating apps to do just that. However, as parents, we want to keep in mind the main service all dating apps offer is connection. They all basically function as messaging apps. And users sign up with the hope of meeting someone in real life.

I SEE SO MANY HORROR STORIES ABOUT DATING APPS. ARE THERE NO RULES OR GUIDELINES?

Most apps and online dating sites do have guidelines. And those guidelines, or lack thereof, are often indicators of the behavior one might expect to find among users. However, an app is a tool. The app allows two people to meet. The app doesn’t cause a user to behave inappropriately or treat someone with a lack of respect. While some apps might allow a person to hide more easily behind poor behavior, the app itself doesn’t cause the behavior.

We absolutely need to advocate for apps that don’t allow pornography! But, we also need to walk beside our teens and teach them how to be young men and women of character. We need to teach them to treat each other respectfully. Respect never goes out of style even if the tools through which young adults meet and mingle do. I am in no way advocating for your teen to use a dating app. I am advocating for parents to teach kids to be respectful–always. The level of civility we use when we speak to someone doesn’t change simply because we aren’t speaking to them face to face.

HOW CAN I KEEP UP ON ALL THE DATING APPS AVAILABLE?

The number of dating apps on the market now is mind blowing. I could write about each one. And, in fact, I began to do just that. In the end, I decided to do so was information overload. Instead, I decided to roll out a series on dating apps. Instead of trying to cover every single dating app, I’ll be highlighting those with age permissions for 13 to 17-year-olds. I’ve also included dating apps for ages 17 and up that are popular with teens. Be sure to bookmark this page. Popular apps change all the time with our teens. So, I'll be adding additional dating apps as they hit the app store. And, I'll update the series to remove or update apps so you'll get the most up-to-date information on dating apps. Dating Apps All Parents Should Know Did You Read These Articles Yet?

Sexting is a Conversation for Every Parent and Child 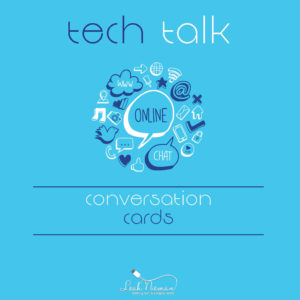 Sign up for my newsletter and get My Tech Talk Conversation Cards FREE!

Looking for up-to-date social media and technology news for families? Sign up for my monthly Tech Talk for Parents Newsletter. And, get my Tech Talk Conversation Cards FREE!

Question are formatted 4.3″x 3.6″. So, they hang nicely on an O ring for easy storage. Or, they store beautifully in a small plastic box.

They questions are in full color. But, they can easily be print in black and white using any color paper for those looking to save ink.

Sign up today, and get conversations about technology and social media flowing in your home!