WHAT NO ONE TELLS PARENTS ABOUT THE DATING APP SKOUT

It’s Day 8 of our Dating Apps for Parents of Teens series. And, today we’re discussing Skout. This dating app has made the news a few times. So, if you’re thinking you’ve heard the name of this app before, it’s likely you have.

Skout gives users the ability to connect with people no matter where they are. Their belief is, “The world has no limits, so why should you?” This app goes beyond other dating apps by offering Shake to Chat, a feature where you simply shake your device to start chatting with someone new. Skout Travel lets you travel virtually anywhere in the world, while Feature Me puts you on center stage for the entire Skout community.

Teens are drawn to Skout because it’s been around for a while. Also, the app offers not just the ability to chat with those in close proximity to them, but also to those around the world.

Skout’s Terms of Service state that it’s not for kids under 13 years of age. In fact, they’ve updated their Terms of Service to state users must be 18 years or older. Their safety awareness center shows that they are making an effort to educate users in how to use the app safely. They made these changes after there were 3 rape cases involving minors using the app. Because Skout previously allowed user accounts for kids ages 13-17, it’s still one of the biggest dating apps used by teens. Be sure to talk to your teens about safety so they understand it’s never safe to sneak out alone to meet someone they’ve met online. Especially if no one knows where they are!

Skout is available for both iOS and Android devices. 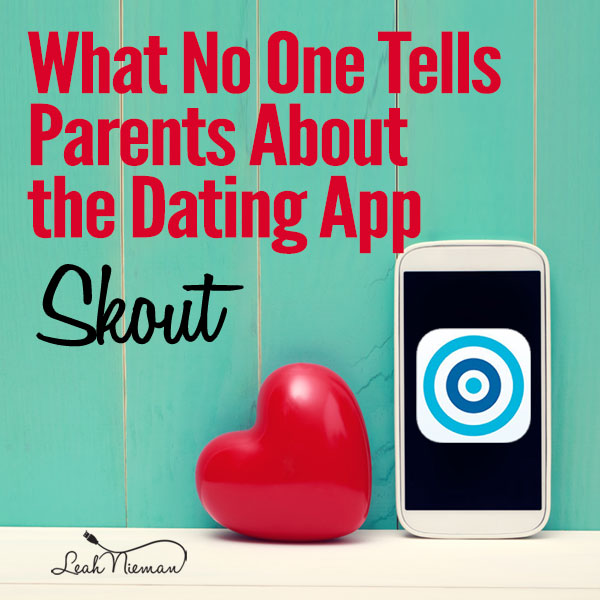